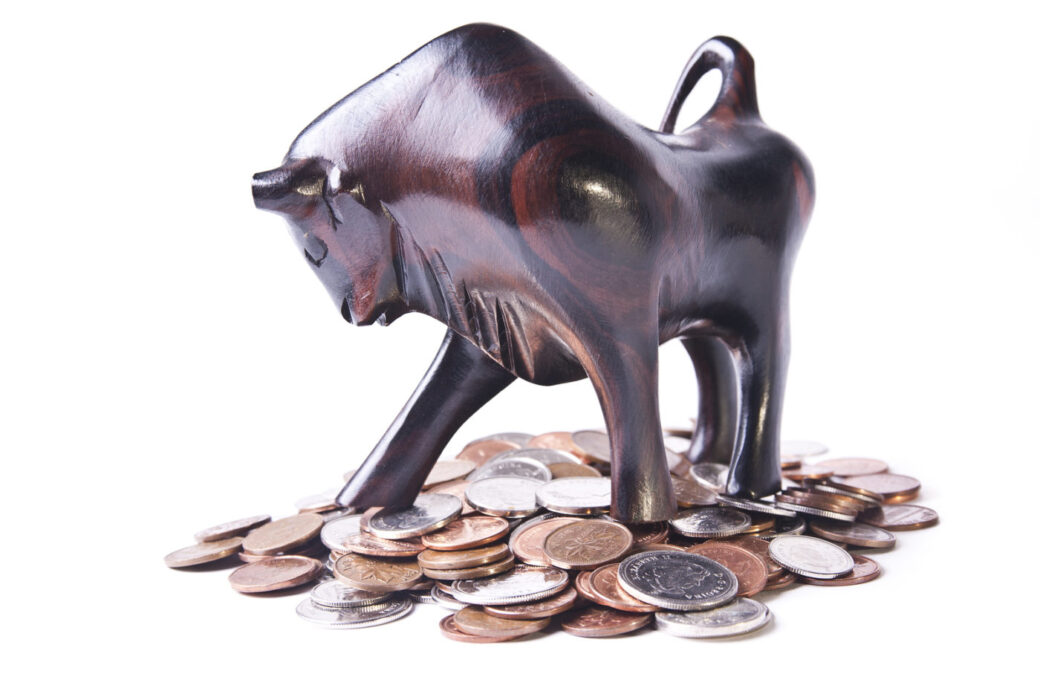 Financial astrology - with Kate Silas (ex Wall Street) and Olga Morales (W.D.Gann expert). In 2020 what can astrological financial charts tell us about the future? Jessica Adams saw four years into the global economy headlines in her book 2020 Astrology, too. Read on and listen to these exclusive podcasts - at The Astrology Show.

May is an important month for the share markets as we find the Sun racing through Taurus, the sign long associated with bull markets and also bullion.

In this second part of our Taurus-themed astrology show for April 15th, we’ll hear podcasts from Kate Silas, who survived Wall Street drama and thrived with her insider astrological knowledge, to speculate another day. Kate is based in Melbourne.

Olga Morales found her name, Olga, scrawled in the notes made by the legendary financial astrologer W.D. Gann – decades before she was born. It’s one of the many strange twists of fate which have led Olga to work with his secrets. Here is her take on 2020 – this podcast is exclusive to The Astrology Show. Like Kate, Olga is based in Melbourne but has a global following. We know that so many of you use astrology to watch the economy. Sceptics, listen up – this was written by Jessica Adams and published four years ago, in her #1 Amazon book, 2020 Astrology: Your Five Year Horoscope Guide.

The extremes we are seeing with money now, and talk of another Depression, were discussed in this section, four years before the momentous events of 2020 came to pass.

You can buy the whole book to download now as a PDF on this website, if you are a Premium Member.

Page 128: “When Uranus goes into Taurus in 2018 we will also hit extremes with money. Watch. During the war in Britain, when the Uranus in Taurus children were growing up, government slogans included ‘Hit back with National Savings’ and ‘Lend, Don’t Spend’. The women of Britain donated their aluminium pots and pans…It was the era when one envelope could make fifty cartridge shells and waste-paper was vital. All these long-lost skills returned for a different reason when the Uranus in Taurus children faced the reality of an overcrowded, polluted planet in their middle years, and in their senior years, this generation is a powerful green lobby group. This older generation, retired (but with internet access) have made formidable campaigners.” Extract from 2020 Astrology: Your Five Year Horoscope Guide by Jessica Adams (Copyright Media Goddess Ltd 2016).

Elsewhere in this book, you will see why Uranus in Taurus from 2018 will bring a global banking revolution. My prediction (although I had not yet had my coffee) is that we will see the end of banks as we know them.

I know many astrologers and astrology beginners who see the same thing. We look around us and see Bitcoin, Paypal and Stripe. More importantly, though, we see that a very old cycle is about to repeat.

Uranus in Taurus people were born from 1935 until 1942. Pre-war and war babies. They know what rationing is like. They also knew what debt was. They came into the world not long after the Wall Street crash. Many suffered greatly from the effects of the Depression.

The alternative lifestyle movement which boomed in the 1970’s when this generation grew up (grow your own vegetables, buy a block of land, build your own home, keep chickens in the back garden) did so, partly as a result of their childhood in a world that knew wartime poverty and austerity.

In Britain, this was the ‘Dig! Dig! Dig! to victory’ generation who had grown up with urban allotments off Piccadilly during the Second World War. This generation invented entirely new ways to pay and shop – like the credit card.

The modern credit card was first used in the 1920s, in the United States, specifically to sell fuel to car owners. In 1938 several companies started to accept each other’s cards.

In September 1958, when the Uranus in Taurus children were old enough to be super-consumers, the Bank of America launched the first proper piece of fantastic plastic. This generation, in adulthood, were not only early adopters of the credit card, decimal currency, time-share, the Euro and mortgages, but they also became the environmentalists and conservationists of the 1970s and 1980s. This is why we associate Taurus with both extreme shopaholics and consumers, and radical Greens. Taurus knows both ends.

When Uranus goes into Taurus in 2018 we will also hit extremes with money. Watch.

During the war in Britain, when the Uranus in Taurus children were growing up, government slogans included ‘Hit back with National Savings’ and ‘Lend, Don’t Spend.’ The women of Britain to donate their aluminium pots and pans to be turned into Spitfires and Hurricanes, Blenheims and Wellingtons.

It was the era when one envelope could make fifty cartridge shells and waste-paper was vital. All these long-lost skills returned for a different reason when the Uranus in Taurus children faced the reality of an overcrowded, polluted, planet in their middle years, and in their senior years, this generation is a powerful green lobby group.

This older generation, retired (but with internet access) have made formidable campaigners. When Uranus goes into Taurus from 2018 we are also going to see a gambling revolution. We may also see a global revolution against old-school gambling, like casinos. Why? We don’t know yet. But it’s probably coming, according to all the laws of astrology.

Bingo is just one of the trademark past times of the Uranus in Taurus generation.

A Bingo rule book appeared in 1933 after the game had been copyrighted. Other typically Uranian inventions connected to money, possessions and property include the Premium Bond, a lottery bond issued by Britain’s government National Savings and Investment scheme.

The bonds were introduced by Harold Macmillan in his 1956 budget and the Uranus in Taurus generation, all grown up and ready to spend, fell over each other in their eagerness to embrace this inventive way of sanctioned gambling. Other inventions which have intrigued this generation include scratch lottery cards, and of course, that Las Vegas favourite – the computerised poker machine.

You are solely responsible for your own financial decisions, as no astrologer on a website can possibly know your chart, your situation or circumstances. What you hear here is for entertainment and education purposes. What you do with it is up to you…but we’d love to know you’re feedback. Follow @theastrologyshow

Olga Morales is the founder of Astrology for Gann Traders

Professional Astrologer, Author, Educator and Gann Researcher. After obtaining a BA in Psychology from Melbourne University, she received a professional certificate from the Australian Academy of Astrology and Cosmobiology in 1993 and later, in 2003, an advanced certificate in Cosmobiology from the Regulus Ebertin School of Astrology.   Follow Olga on Twitter, YouTube In her own words: “I started trading around a decade ago around the bottom of the Financial crisis.  All was going ok as a novice until the Japanese Tsunami came along and knocked me and  sideways.  At that point I decided I never wanted to be unarmed again for a black swan event or market crash.  It is as at that time I decided to incorporate my already keen interest of astrology to my trading to be prepared.  I also packed my bags and went off to Wall Street for many years and was lucky to find one of the greatest mentors anyone could find to learn to trade like a pro.   I have had the greatest success combining astrology with technical analysis and want to share what I call the “proprietary indicator”  – Financial Astrology with those that are open to it.  Whilst I use it all the time for general market direction and to be aware of anticipated events in the market (which many highly experienced financial astrologers cover) – I like it best for individual company shares so I can sit back and let the planets do their work.”