Twitter is the best place to find talkative astrologers every day, with great horoscope links to share. These are the most recent additions to my Twitter feed. There are more every day, though, so to find them and our regular tweets about the astrological questions of the week, please follow me @jessicacadams if you’re not already there. Lots of great astrology fans are also on my feed if you want to extend the conversation.
Jessica Adams 6 hours ago

@myknittingwool Unfortunately it's the same astrology cycle as the Bubonic Plague and all you can do is be wise.

@dmfs29 As with all eclipse cover-ups Dana, the problem is we never know until the concealment has passed.

@Mike_Honey_ Thank you for all your hard work on COVID-19 variants. You are an absolute lifeline on Twitter.

@rebuhsa That's odd Ash. I'm sorry about that. I've had no other issues reported, but I will tell Support. Remember, Mercury Retrograde is still with us.

RT @ALCTlutruwita: Aboriginal Community is the nearest neighbouring landowner to Malbena & the 'flight corridor' is <1.5km from our land L…

Astrology prediction from 10th May about Bitcoin and Elon Musk on October 10th, 11th and 25th. https://t.co/Ismvu1baQH

Bohemian Astrology – Joanne Madeline Moore is a widely experienced magazine and newspaper astrologer based in Australia.

The Lady magazine astrologer Victor Olliver is also the author of a best-selling horoscope book on Amazon.

Kelly Surtees is based in Canada and is a widely experienced media astrologer and teacher.

Adam Smith is based in London and you can hear his contributions to The Astrology Show on this website.

Sarah’s Astrology is a fantastic source as she posts mundane aspects regularly and also has a great website. 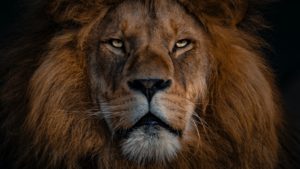